Identifying these borders is an important part of diagnosis and treatment plan for lung malignancy, of benign lung diseases. This is especially true in the context of CT-guided lung biopsy, bronchoscopy and surgical planning of lung lobectomy (or Lung Volume Reduction Surgery – LVRS). Similarly, any surgical procedure performed in the thorax (even a simple biopsy) bears the risk of crossing a lung fissure and increase the risk of pneumothorax. About half of the cases involving pneumothorax require a chest tube insertion, which results in longer hospitalizations, as well as higher risks for respiratory failure and mechanical ventilation. Hence, the importance of reducing that risk by the way of avoiding traversing and piercing lung fissures during the procedure.

The degree of pulmonary fissure completeness may also have an effect on morbidity and mortality rates related to video-assisted thoracoscopic surgery (VAST), where incomplete intralobular fissures could potentially increase surgical difficulty and likelihood of postoperative prolonged air leak. In addition, fissure incompleteness might also interfere with proper interpretation of radiographic findings within the lung.

In CT scans, these fissures usually appear as lucent bands with hypovascularity, but also as thin white lines or dense bands. The variable appearance of the fissures makes detecting the fissures a very challenging task even for the experienced radiologist. All the more so, creating an automated algorithm to segment the lung. In many cases, the appearance of the fissure will be very vague and difficult to trace by traditional computer vision techniques. Nevertheless, RSIP Vision developed a very efficient segmentation module able to detect the fissures during the planning stage. Our image processing algorithm can demonstrate the lung fissures in 3D, enabling the radiologist/pulmonologist to plan the most careful trajectory.

The algorithm is based on deep learning technology, by which we train the system with radiologist’s annotated fissures in a large quantity of CT scans. The network is trained to detect the fissures by adapting the filters to find fissures in the 3D volume using information from more than one slice.

The results were validated through comparison with a set of scans that was not included in the training database. They indicate the high accuracy of the algorithm.

Deep learning is known as the best practice in the medical imaging area and RSIP Vision’s experience in 3D segmentation allows us to employ this powerful AI method also in very challenging situations, like in lung fissures segmentation. 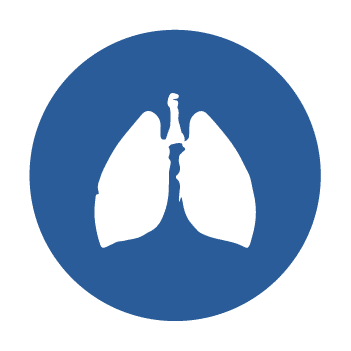 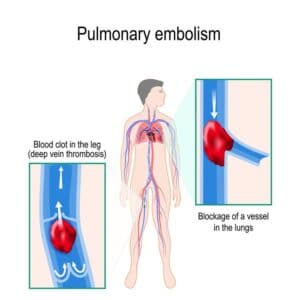 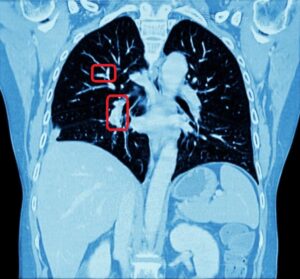